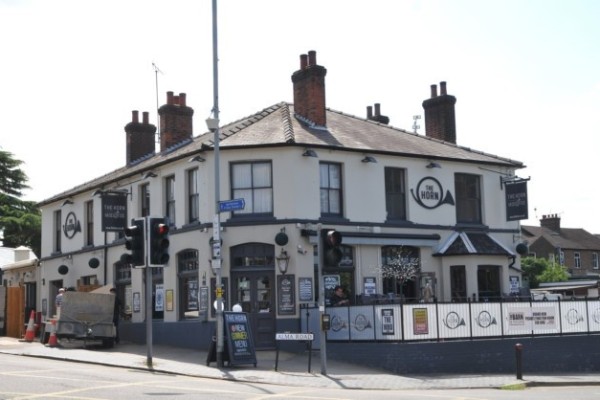 Followers 1
Directions
Nearby
We believe our building was originally a hotel called The Railway Hotel, with The Midland Railway hotel on the opposite side of the road, and both being positioned next to St Albans City Station. The hotel used to have the occasional band or acts perform back in the 60’s, then in the early 70’s the site changed to a public house called The Horn of Plenty.

During the 70’s it became known as a great live music venue, and was run by Bob Andrews and then by Vinnie Jones mum! We are not sure about owners or managers of the site during the 80’s and early 90’s (but if you have any info please let us know).

In 1994 The Horn of Plenty underwent refurbishment, changing its name to The Horn Reborn. The venue was refurbished in 2007 and renamed simply as The Horn and has subsequently won UK Music Pub of the Year twice and UK Entertainment Pub Of The Year.

In 2012 the Horn underwent yet another refurbishment hopefully ensuring the future of the venue for many years to come!

Everyone connected to the site past and present are proud to have been part of this historic venue which has helped local acts such as Paul Young, The Subways, Enter Shikari, Friendly Fires, Gallows and many more by providing somewhere for them to develop their craft.
EditVIP accessI'm the licensee