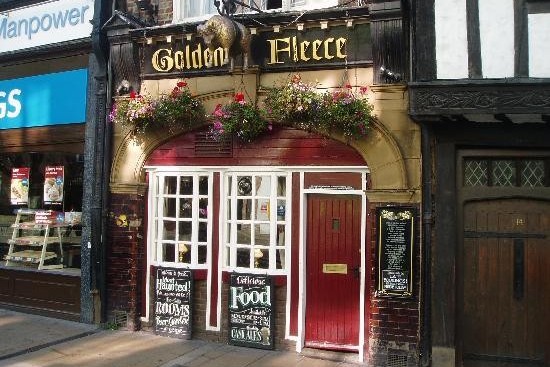 Followers 0
Directions
Nearby
The Golden Fleece is York's Most Haunted pub, thus one of the England's most haunted sites. Visit the Oldest Inn in York and you can be sure of a friendly atmosphere, quiet surroundings and traditional services. Situated in the very centre of York we off
Being an ancient building which is mentioned in the York Archives as far back as 1503, the Golden Fleece stands directly opposite York's most historic and picturesque street, the shambles.
The rear yard is named after Lady Alice Peckett whose husband, John, owned the premises as well as being Lord Mayor of York around 1702.
Many guests have reported seeing the late Lady Peckett wandering the endless corridors and staircases in the wee, small hours and, including ghostly apparitions and moving furniture, hers is just one of the five resident spirits.
EditVIP accessI'm the licensee