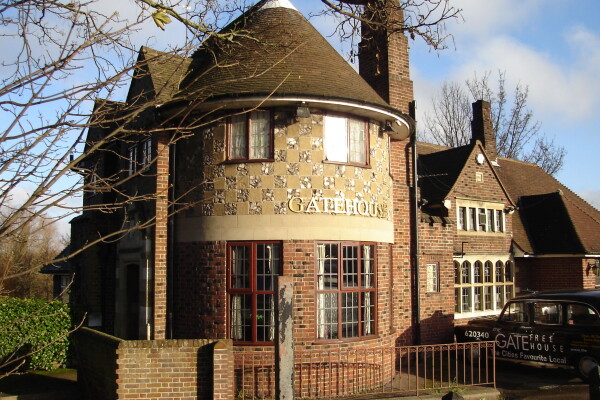 Followers 0
Directions
Nearby
The Gatehouse is a Grade II listed public house in Norwich, England. It was built in 1934 for the Norwich-based Morgans Brewery, and replaced a 19th-century building of the same name. The builders were a local company, R.G. Carter. The architect has not y
Situated two miles west of Norwich city-centre, this quirky 19th century traditional pub was built on the site of an old tollhouse. The interior comprises of two oak-panelled bars, with a roaring log fire in winter and a large garden going down to the River Wensum for the summer months.

Four excellently kept real ales are dispensed by handpump and gravity, with the handpumps sporting original pump-clips, and the Grain Oak at a very attractive price!